Payday Loan Consolidation, Is it Right for You?

Payday loan debt puts a strangle hold on many consumers. The promise of easy money without having to wait days on end for approval makes it too tempting for consumers who need cash right away. The fact is, cash advance lenders want their loan products to appear as though it’s easy money. The slick advertising campaigns on television, radio and in print don’t come with a big warning sign. But they ought to and here’s why. 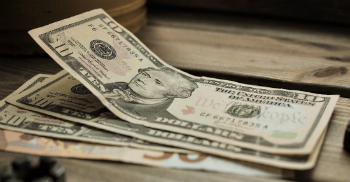 Many consumers who’ve not taken out a cash advance loan don’t know about the payday loan debt trap. That cycle of having to roll over a loan every couple of weeks because it’s too much to pay back the principal and interest.

Here’s how the payday loan debt trap works. A consumer applies to borrower $300. But after fees, receives $280. In two weeks, the approved amount–not the net cash received–of $300, plus interest is due. Usually, this will come to $360. And that’s a lot of money to come up with and still have enough for living expenses–that’s the debt trap.

Given the above example, it’s easy to see why borrowers choose to pay a fee to extend their loan rather than pay it off. But paying a fee roll over doesn’t do a thing to lower the principal and interest. So many borrowers wind up rolling over their loan more than once. If the borrower in the example above rolls over their loan just two times, the $280 cash he or she received initially will wind up costing $480.

But if the borrower makes an even worse decision as is talked into taking out a larger loan to pay off the smaller loan by the lender, then the problem only gets bigger. Unfortunately, many borrowers find themselves in this very situation.

To break free of the payday loan debt cycle, it’s best to get a group of professionals on your side. And that’s where consolidating payday loans comes in. An experienced and solid payday loan consolidation team will negotiate with your lenders to get you out of debt.

All you have to do is sign up for a program. After that, the payday loan consolidation team will go to work to help you get out of debt, once and for all.

Your score may have gone down because you aren’t charging

Credit scores are based not only on your payments, but on how much money the company makes off of you. If you are charging they make money off of the company you purchased from, then they make money off the stupid tax you pay. So when you aren’t charging, they don’t make money. When you snowball and pay off they are making less money there too. So they penalize your credit score because you are being a responsible adult rather than feeding their business.